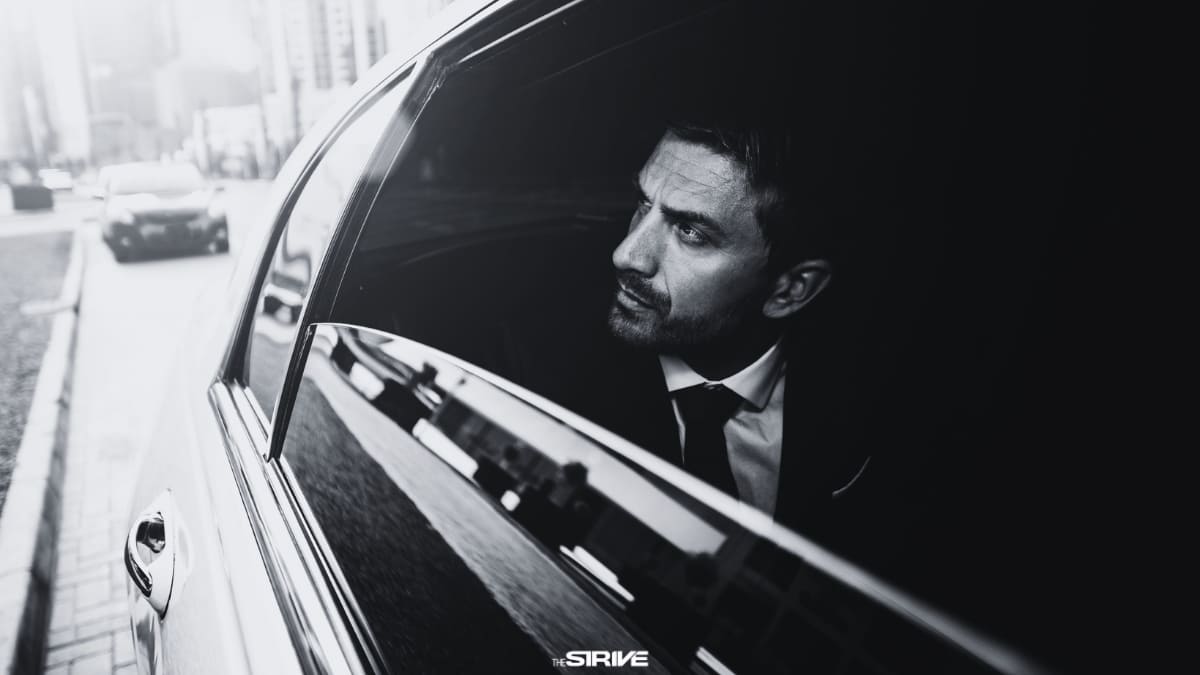 If you’ve ever wondered what the six-word secret to success is, you’ll find out if you keep reading, because this post is all about The Six Words that Hold the Secret to Success.

If you’ve ever read ‘Message of a Master’ by John McDonald, or “The Strangest Secret” by Earl Nightingale, or James Allen’s masterpiece, then what I am about to convey to you today, may be ancient news to you. In which case, you may want to read up on one of these other secret to success articles:

However; if you haven’t read the books mentioned above, or if you have yet to acquire and apply the blatant six-word secret that each preach, then this read will not only be novel to you, but potentially valuable.

So, what are these six words that hold the secret to success?  Stay with me for a minute longer, and I will tell you my friend.

First, let me tell you a little story about this large journal I purchased some time ago. I call it my “magic journal” these days, and I want talk about it, because I think it holds some crucial ingredients related to the six-word-secret I am going to eventually tell you about. Also, I think the simplicity of the story, may make this “secret of success” more accessible and even digestible.  So here we go!!

Many years ago, I purchased this journal from Barnes and Nobles.  This Journal was a somewhat large journal.  It was about the size of a large text book.  Okay, it was freakishly large. And of course, all the pages within it were blank, because well, it was a journal. It was an empty canvas.

Given that this journal was so large, I initially found it impractical to use as a daily journal. So instead, I decided to use it for brainstorming, and the general drawing and sketching out of ideas and project plans that’s naturally part of the brainstorming process.

Now, the first project I drew up in that freakishly large journal, were some makeshift designs I was bouncing around in my mind for some plans I had for landscaping my backyard.  The project was a huge undertaking and I was really excited about it, so I had plenty of time to hatch up my plans in that journal. Time was especially on my side because I didn’t yet have the funds to get started on it.

An important thing to keep in mind, is that this project wasn’t a project at first. In fact, it started out as an idea, then a wish or a dream if you will. It all started because the backyard of a new house my wife and I just purchased was this big, barren lot, with zero plant life.  It was quite hideous if am being honest with you.

But I had big plans for that back yard.

So I got to work dreaming on paper.  I would imagine what plants I wanted, what colors they would be, how far spaced apart they would be, and a bunch of other details on how it would all look once my backyard was brought up to my liking.  I would then put it all to paper in this large journal.

As the months would pass by, I would crack this large journal of mine open…and do some touch ups, rearranging some of the plants, the trees, the lawn etc., of exactly how I wanted my yard to look.

For some reason… (kids) I eventually stopped using that journal for a short period of time.   And eventually, a couple of years had passed by before I would crack that large journal open again.

When I did open it, it was to use it for some more sketching on something completely different… much like I had done a few years ago.

In looking through the journal for a blank page to write on, I came across that sketch up of the landscape I wanted create a couple of years back….and I was amazed with what I saw.

Now, what I saw, was not magical per se, but it was a form of magical revelation.

You see, I looked at that old draw up, and then looked out of my back window into the backyard.  And what I saw was amazing!  I noticed everything in my backyard matched up exactly against everything I had first envisioned in my mind, and then jotted down in that journal.

My backyard became what I imagined it to be, what I wanted it to be.

It was at that moment, that I realized exactly what all those success authors were referring to, when they would reference the “six words that hold the secret to success”,

THE SIX-WORD SECRET TO SUCCESS

Now, this brief story is not about what I personally became, but it is about that creative power that exists within us.  That power and ability that we all possess and can use to bring to life, those things which we most want to happen through our thoughts.  A power, that you and I can unleash with the appropriate amount thinking, planning, and devising.

My backyard became what I thought it to be.

That beautiful lush landscape that I could now see with my own eyes, and now touch and experience in reality; started off initially as a simple idea.

The layout, the plants, the beauty was all created first in my mind, and then, through determined action, it eventually came to be.

My friends, such ‘magic’ is available to you, and it can be applied to so much more than just a backyard.  Such magic can be used to become whatever you want to be, or do whatever it is you want to do. If you would but think and decide on exactly what it is you want, and follow that thought up with action, it can be yours.

Buddha got it, he said, “All we are is the result of what we have thought.”

The great roman emperor Marcus Aurelius understood the six words, when he said, “Our life is what our thoughts make of it”.

Ralph Waldo Emerson also understood the secret to success, saying, “A man is what he thinks about all day long.”

Even that most sacred of books, the Holy Bible has shared this secret with us in Proverbs 23:7, which reads, “As a man thinketh in his heart, so is he”.

We Become What We Think About.

THE SIX-WORD SECRET TO SUCCESS: THINKING

Of course the six-word-secret for success can be used for so much more than just improving a backyard.  I’ve used it for starting a media company, for creating an extremely flexible and low-stress lifestyle, for finding and buying my dream home, for reaching financial goals, and so much more.

In short, I have used, and I am still using this secret to design and improve my LIFE every single day, and you can too.

THINK, THINK, THINK. Because what you achieve in this life, and what you ultimately become, will be the result of the Thinking you’ve done.  THINK!

“The mind is everything. What you think, you become.” – Buddha

With that being said, I hope you got something from this post.  I deeply believe in this message, and I highly recommend the books I mentioned in the beginning.  Especially ‘The Strangest Secret’ By Earl Nightingale.

So keep thinking, keep striving, stay fearless what you want, and until next time,

IGNORE THE CYNICS, IF YOU WORK HARD YOU WILL SUCCEED