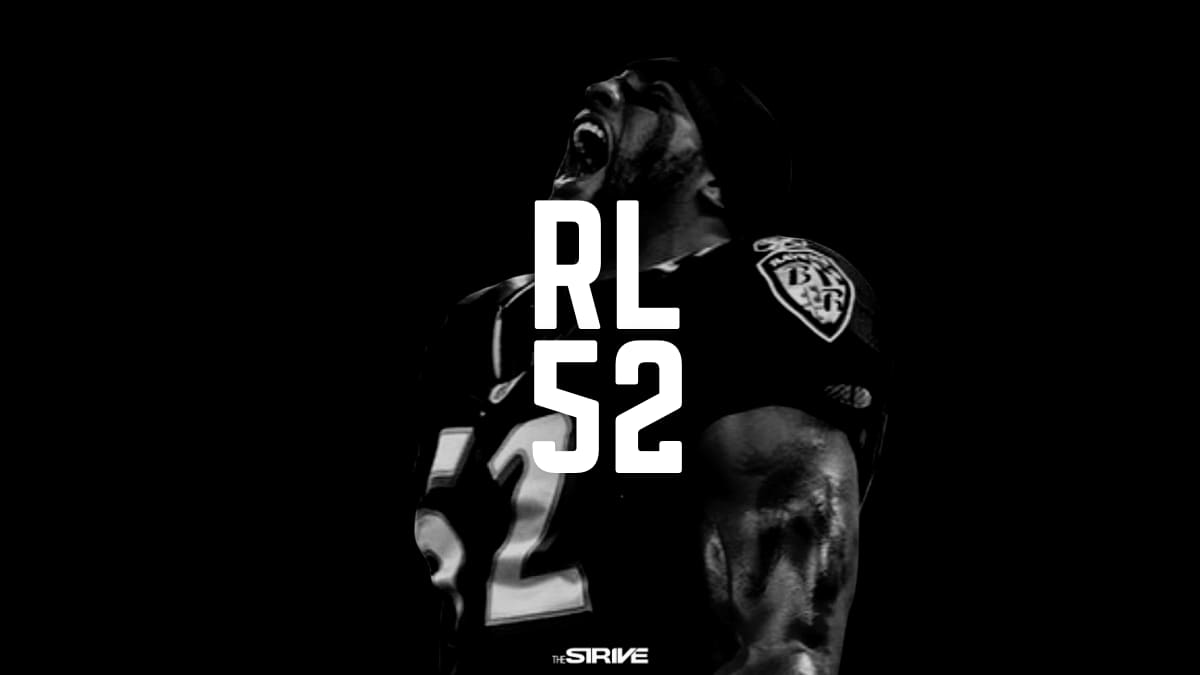 Ray Lewis was one of the greatest Linebacker’s to ever play in the NFL, if not the greatest. More than almost any other athlete, Ray Lewis embodies the the true heart of a champion. He exudes a level of focus, determination, and work-ethic like no other. Which is why we’ve decided to publish this collection of Ray Lewis quotes.

Our hope is that they’ll inspire you to emulate the drive and work-ethic that helped Ray Lewis achieve much of his success. May they help you smash through all of your life’s challenges with the same ferocity of one of the most fearsome athletes the NFL has ever known.

So, if you’re ready to get fired up with these highly motivating Ray Lewis quotes, let’s dive right in:

Ray Lewis is a master motivator, and this initial list is a collection of our best Ray Lewis quotes for helping you achieve more success. Apply the wisdom from these quotes in all you do, and we don’t doubt you’ll eventually find more success in all you do:

2. “Wins and losses come a dime a dozen. But effort? Nobody can judge that. Because effort is between you and you.” – Ray Lewis

3. “To be the best and stay there, sweat is necessary.” – Ray Lewis

“To be the best and stay there, sweat is necessary.” – Ray Lewis

5. “The hardest thing to do is work hard when no one is watching.” – Ray Lewis

6. “If you can’t imagine yourself being out of the hood, you’ll keep going back to the hood.” – Ray Lewis

“If you can’t imagine yourself being out of the hood, you’ll keep going back to the hood.” – Ray Lewis

7. “What if we do the impossible?… If I miss anything about my career, it will be to listen to what people say you can’t do and then go do it.” – Ray Lewis

9. “The greatest opportunity is found here today… We already now what yesterday has got for us. It’s already gone. Tomorrow, too far away. What about right now!” – Ray Lewis

“I was willing to put in the work.” – Ray Lewis

12. “One thing about God’s will, you can never see God’s will before it happens. You can only see at the end of it.” – Ray Lewis

“You show me your crowd, I’ll show you your future.” – Ray Lewis

17. “Man doesn’t dictate what you do or how you do it. If you believe in God, believe in God; have your faith in him. That’s where my faith lies.” – Ray Lewis

18. “You have to be careful of people who like to talk a big game but can’t back it up.” – Ray Lewis

This next batch of Ray Lewis quotes really packs a punch. These are the Ray Lewis motivational quotes that will help you up your intensity and make you want to put everything you got into your tasks at hand. Give them a read and then let them push you to find the success you’re after.

19. “Before anything great is really achieved, your comfort zone must be disturbed.” – Ray Lewis

21. “It don’t matter about me. What matters about me is sacrificing for you, for the ultimate goal, which is us.” – Ray Lewis

23. “Do whatever you gotta do to chase your legacy every second of your life.” – Ray Lewis

“Do whatever you gotta do to chase your legacy every second of your life.” – Ray Lewis

24. “Greatness is a lot of small things done well stacked up on each other day after day workout after workout.” – Ray Lewis

27. “So, if I give any credit, besides giving all credit to God, for being healthy, it’s just my workout and how much torture I put my body through in the offseason.” – Ray Lewis

Keep to it, you are more than halfway through these inspiring Ray Lewis quotes, and the 2nd half only gets better.

29. “Pain is only temporary, no matter how long it lasts.” – Ray Lewis

“Effort is between you and you.” – Ray Lewis

31. “I’ve got kids that are always watching and I taught them to always finish something you started.” – Ray Lewis

32. “You can either make the play or you can watch the play be made.” – Ray Lewis

33. “No matter the circumstances that you may be going through, just push through it.” – Ray Lewis

“No matter the circumstances that you may be going through, just push through it.” – Ray Lewis

Ray Lewis is more than just a great football player. He has stepped up to be an inspiration to countless people through the motivational speeches and inspiring pep-talks he’s given across the country. With that said, his advice is not just applicable to finding success on the football field, but also to finding more success in life. As such, you’ll enjoy these Ray Lewis quotes about life and how to live a more impactful one.

35. “You’ve gotta be hungry for it; ready to put everything into it. EVERYTHING! Every second. You have to be the first one to the line. That’s how leaders are born.” – Ray Lewis

36. “The only thing that follows work is results.” – Ray Lewis

“The only thing that follows work is results.” – Ray Lewis

37. “If tomorrow wasn’t promised, what would you give for today.” – Ray Lewis

38. “The pain you feel today will be the strength you feel tomorrow.” – Ray Lewis

42. “Don’t the only way to defeat pain is to recognize pain exists.” – Ray Lewis

43. “You got to be willing to walk through a storm. That’s what I tell people all of the time.” – Ray Lewis

“You got to be willing to walk through a storm.” – Ray Lewis

44. “Unshakeable faith and passionate work make all your dreams a reality.” – Ray Lewis

45. “Embrace your pain, maintain your faith, do your work, leave your legacy.” – Ray Lewis

46. “Bottom line, your body is a temple, and you have to treat it that way. That’s how God designed it.” – Ray Lewis

“Bottom line, your body is a temple, and you have to treat it that way. That’s how God designed it.” – Ray Lewis

47. “I figured something out. And it is no secret what I figured out. Whatever the majority of people were doing, I found myself doing the opposite. I wanted to chase something great.” – Ray Lewis

49. “There’s one secret to hitting hard, and that is to completely dedicate your body. That’s the difference between a man going forward and a man going backward, no matter how big he is.” – Ray Lewis

51. “What’s the difference between you and the man sitting beside you? It’s 1%. In my business. Only 1% make it. If everyone had the same dream, only 1 will make it from this crowd. Who will be that one?” – Ray Lewis

52. “With all the things I’ve been through, the No. 1 thing that I’ve learned is that we’re supposed to help people through this world.” – Ray Lewis

Bonus: Out of all of the inspiring Ray Lewis quotes we’ve covered up until this point, this last one is probably our favorite. It’s short, but it says everything you need to know to achieve more success, make a bigger impact, and reach your full potential in life. Here it is….

There you have it, the most hard-hitting Ray Lewis quotes on the web capable of inspiring your Greatness. Be sure to book mark this page, or come back whenever you want to channel that same relentless energy Ray Lewis used to achieve his Greatness.

With that being said, we hope you enjoyed these quotes, and if you think they can help inspire someone else to become their best, please share this page with them.

PS – If you enjoyed these inspiring Ray Lewis quotes, then you’ll certainly love these quotes from another G.O.A.T – Tom Brady.