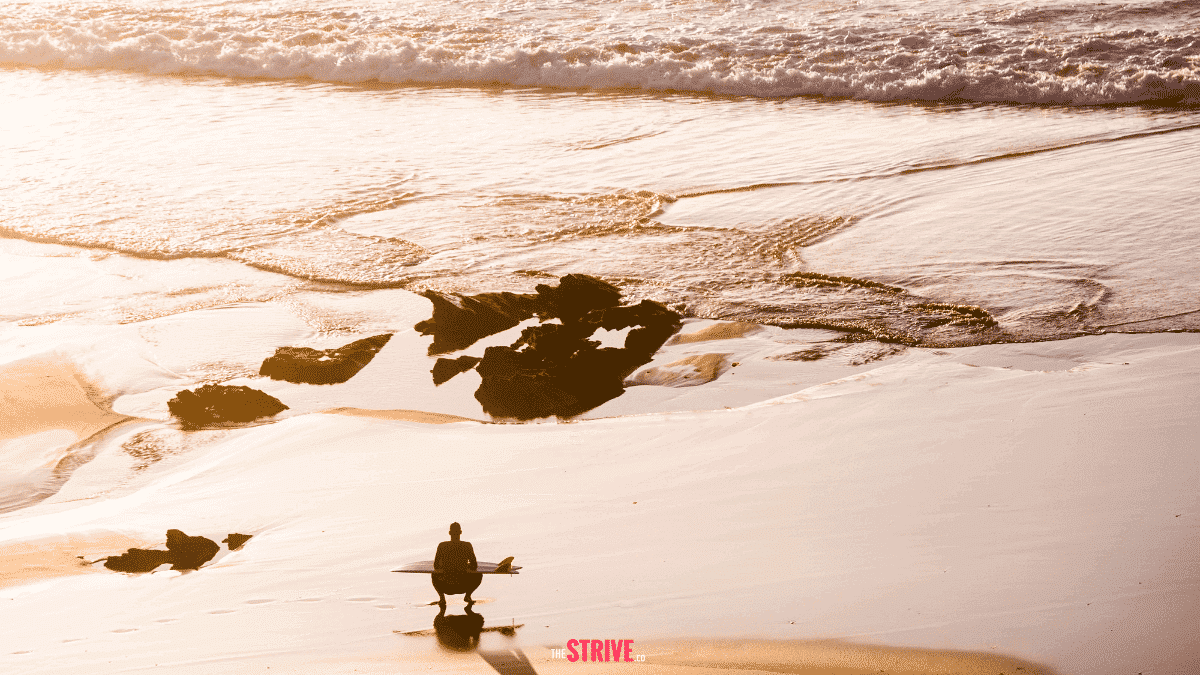 How often have you said or heard the phrases “Life sucks. I hate life. Life hates me.”?

These are common phrases that I’ve both heard and used in daily life. Even when things are going better, I still find these phrases everywhere. It’s unlikely people want things to be bad for themselves, so why are these so common? Is it just a mindset? Maybe people are too focused on the negative.

What if I tell you the Buddha figured this out thousands of years ago?

Indeed, the first noble truth in the Buddhist religion is that life is suffering.

Life is Suffering, But it Doesn’t Suck

The first point I want to address is that yes, life seems to be suffering. According to the theory of entropy, all things are continually moving towards a state of disorder. So, naturally, our lives tend to break down and require a lot of maintenance. However, that doesn’t mean it has to suck. The idea that life sucks is more of a mindset than a truth.

Much the same that someone says their job sucks, people say life sucks. However, it’s not very difficult to imagine turning your situation around by simply changing how you approach and think about it. Rather than saying it sucks, maybe say your job is difficult because of X and Y. That gives you definitive points to focus on and solve.

While certainly, things are difficult, people make then exponentially more difficult by not attending to important matters. If things are headed towards chaos, they need to constantly be attended to so everything doesn’t fall apart. If you avoid small problems you know are there, then, of course, things will be worse than they otherwise could be!

Attachment is the Source of Resistance

Having spent five months in Japan studying Buddhism, I learned something important. Attachment is the root of all suffering. Thus, the route to ending suffering is to detach yourself from this world.

Thus, detachment is the answer.

I mean this more figuratively than literally, of course. Some people take this to the extreme and try to live off a single grain of rice and have no connections to the world. I’m not talking about that.

There is no need to give up your phone and rock music for the life of a priest or monk. Having seen the life of priests, I think I’ll keep my video games and the internet.

However, what I am referring to is more practical advice that if applied, can help you live a more fulfilled life. So, without further ado, here are four practices you can do to ensure your life doesn’t suck.

Of course, meditation is important!

By slowing down our breathing and practicing meditation, you will decrease amygdala activity, increase blood flow, reduce the stress hormone cortisol, and increase mindfulness.

The amygdala is one of the centers for stress and anxiety, which is brought on when it produces more cortisol. By increasing blood flow and regulating breathing, you reduce that stress activity.

Focusing on the moment, rather than whatever attachments you have to the past or future, reduces anxiety caused by resistance to change, or lack thereof. This further reduces cortisol and stress!

Meditation also trains your brain to let go of things easier. Regular practice will decrease the amount of time required to achieve a more mindful state, and it will become possible to achieve this state even when things are hectic and stressful.

Buddhism practices mindfulness. It is the focus of the moment, and nothing more.

More practically, mindfulness is useful in fighting distractions, especially ones related to our attachments. For instance, if you are going through a breakup, thinking about nothing but your ex and that relationship might be painful.

Mindfulness helps to focus on the work at hand and gives relief from the constant thoughts about things outside of your control.

I have practiced mindfulness in this exact way, as I have experienced many heartbreaks. It wasn’t until recently that I realized life doesn’t suck, but I made it harder by remaining attached to the past and future.

Mindfulness helped put those thoughts away and forced me to prioritize myself, my health and wellbeing, and my own future.

Often, it helps to locate the places we are most attached to and acknowledge that we are, in fact, attached. This is part of mindfulness as well.

I have a great deal of experience in this area as I tend to think a lot.

When there is a problem, we often want to avoid or sidestep it. People avoid their problems in all kinds of creative ways. I, myself, do so mostly by procrastinating and fantasizing. “Maybe this means something more. Maybe I do it tomorrow. Maybe it’s just for right now.”

I eventually managed to fight my attachments by realizing that I was attached.

It might be painful to admit something like that. After all, no one likes to admit there’s a problem. Being mindful of our thoughts and how they are making us feel in the moment, however, is valuable. The only way to do that is by first acknowledging our attachment and knowing what it is.

Once these attachments are acknowledged, writing about them can be unbelievably helpful. By writing autobiographically, we reorganize our brains to be more in line with ourselves and who we perceive ourselves as.

Though Buddhism did not have anything like this, I believe the Buddhist Koans serve some of this purpose. A student would be given a Koan, a riddle of sorts, to solve. They would bring their answer to a master and would either be accepted or rejected based on the answer.

The point wasn’t to find the “correct” answer but to give an answer that was in line with the Buddhist teachings. This usually only happened when the student had changed their perspective or life view.

Likewise, writing about yourself will (hopefully) give you new insight into yourself or your problem. When I was sorting myself out, I didn’t focus so much on what I was attached to. I looked at why I was attached and broke it down into the core principals.

I was sad because I was attached to an idea of the future. That future though, wasn’t real because it never happened. As such, I was just attached to a story I told myself about the future.

It didn’t matter who or what I was attached to, but it was important for me to locate my attachment and discover the source of my suffering. And then to observe how that attachment caused that suffering. It still hurt of course, but over time, it helped me realize that I was holding onto things that were pointless. And it was that holding on which led to my suffering. So, to be happy, I eventually had let them go.

There are plenty of way to detach from the painful attachments in life.  Mindfulness, acknowledgement, meditation, and self-authoring are just a few that I’ve used.

Buddhism, while at its very extreme core, does hold some valuable insights that we can leverage to reduce our suffering. Life is suffering, but that doesn’t mean life has to suck. So, leverage these tips, embrace your suffering, and you’ll be well on your way to a happier, less-suckier life.

How Journaling Can Boost Your Confidence and Quality Of Life

How to Find The Energy to Be More Productive

Brandon is 25 years old, currently teaches in Japan, and runs the Low-Key Journalism blog. After living through life for a short while, and practicing self-improvement, Brandon believes that people can become so much more. As such, he now seeks to help others with the advice he provides in his various lifestyle and self-improvement articles. Feel free to contact him about anything related to his articles and website.

100 Inspiring Effort Quotes to Help You Unlock Your Potential

55 Badass Hard Work Quotes to Fire Up Your Work Ethic

55 Uplifting Quotes to Help You Live Your Purpose

50 Health is Wealth Quotes to Inspire Your Best Life

7 Insightful Ways To Improve Your Personality This Summer