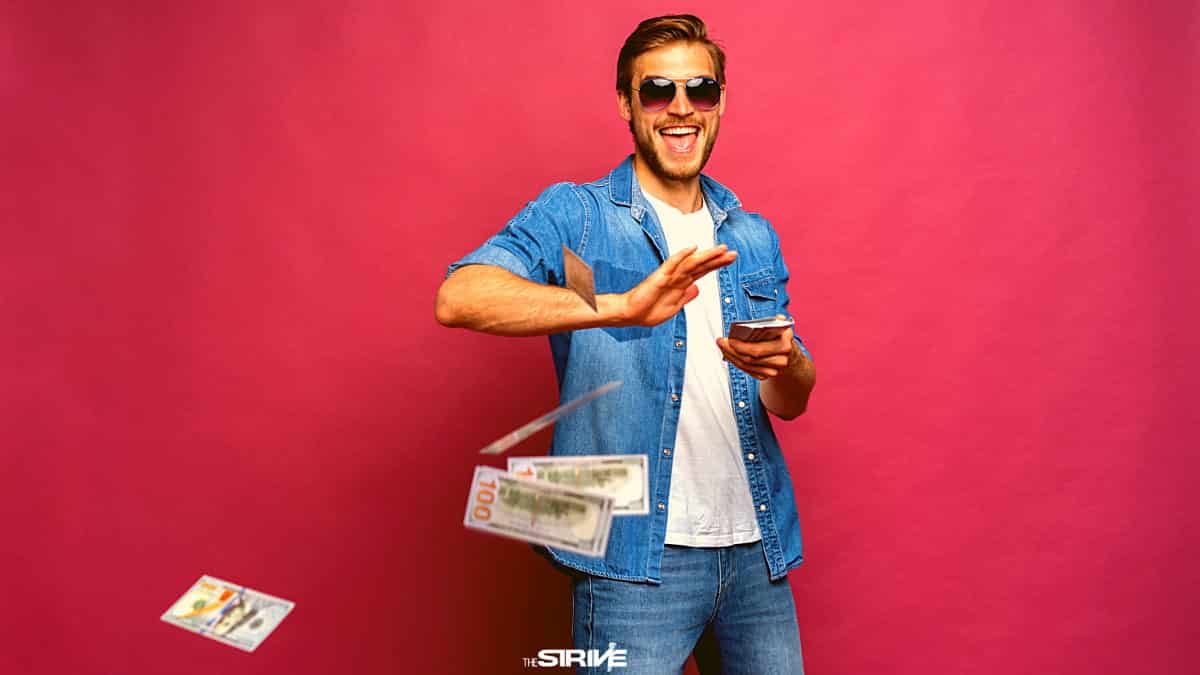 Affirmations are powerful because they help us develop a positive mindset. And achieving success, no matter the area, requires a positive mindset. Unfortunately though, in this day and age, we are bombarded with negative messaging on social media, mainstream media, on our jobs, and pretty much everywhere. And these negative influences lead to negative thinking, and that negative thinking can significantly impacts how we see ourselves. And how we perceive ourselves will ultimately influence who we become and what we achieve. So, to help you forge for yourself a stronger mindset, one that is primed to help you build the wealth you deserve, and will one day have, we’re publishing these top 10 affirmations for wealth.

Use them daily, until you realize without a shadow of a doubt that wealth is your birthright, and that your future is bright and filled with more abundance than you can even imagine. So, if you’re ready to go over some wealth affirmations that actually work, let’s dive in.

“I am fearless. I seize opportunities because I have the courage to apply my faith through actions.”

This is a powerful affirmation that will help you embody the courage needed to jump on opportunity when it shows up. Because more often than not opportunity is not seized for lack of opportunity, but rather for lack of courage to dive in when the opportunity arises.

“Wealth constantly flows into my life.”

Affluence stems from the word affluer, which means to flow, flood or pour in. So, leveraging this affirmation is perfect for creating more abundance and wealth in your life.

Wealth Affirmation 3: You Are Worthy

“I am worthy of what I desire.”

One thing that keeps most people from acquiring lots of money is their mindset. Too many people feel they are undeserving because of where they came from, but our past does not equal our future. You are worthy.

“I build cathedrals every day. My mission and purpose in life benefits the lives of many others.”

The more good you do for others, the more good you’ll have done unto you. The universe works in mysterious ways, and this is one of it’s biggest secrets. So, if you want millions, serve millions.

Wealth Affirmation 5: You Are Limitless

The money and wealth you acquire in life will be tied to how big or small your desire is. Big desire, big wealth, little desire, little wealth. So, think big, and eventually you’ll also acquire wealth in a big way too.

“I am passionate about my goals and I convert my dreams to reality with unwavering courage.”

Nothing great ever came without a bit of courage, and if you are seeking great wealth, you are going to need to do some courageous things. That’s just the way it is. So, use this wealth affirmation to create the type of courage that would make a lion jealous.

“I take the good from each experience. I let the rest go.”

Striving for money, prosperity, and a wealthy life full of abundance is going to require you to go through lots of trials and tribulations. So, create a short memory and forget the bad that happens as you keep moving towards the good.

“I love money and money loves me.”

Healthy relationships are the ones that last, and if you have a bad relationship with money, it will avoid you like an ex-girlfriend or boyfriend. So, learn to love money and think of it in a healthier and more positive way and more of it will certainly flow your way.

“I practice the virtue of self-discipline. I control my actions, thoughts and words through the development of successful habits. I eliminate wasteful habits to clear the path to success.”

Self-discipline is one of the most critical aspects of success. It is what millionaires claim to be the number one factor that helped them reached their lofty financial status. So, leverage this affirmation to build your discipline, and you’ll simultaneously working on building your wealth.

Wealth Affirmation 9: You are an Action Taker

“I act when actions are needed. I am self-reliant and I use personal initiative to overcome adversity. I do today what needs to be done today.”

Action is the starting point of all great things. And building wealth is a biproduct of lots of intentional and focused action. So, affirm this one often, and back it up with red hot action.

Wealth Affirmation 10: You Are Open

“I am open and receptive to all the wealth life offers me..”

You have to be ready for money, and open to it in order to keep it. Otherwise it will just keep coming and going. And when money does come along, it will just as easily disappear if you are not receptive to wealth. Much like lottery winners who shortly after getting their money, waste it away. Becoming wealthy requires a wealthy mindset, and this affirmation for wealth will help solidify that as fact.

There you have it, the 10 most effective affirmations of wealth that we’ve come across and have used in our daily lives. Enjoy them thoroughly and use them often. And then just have faith in their power, and in your new positive mindset, and its ability to attract the eventual prosperity and wealth you deserve.

PS – If you enjoyed these affirmations for wealth, then you’ll love these prosperity mantras.